Space Coast QMRA is a 501(c)(3) nonprofit youth racing organization originally born out of the remaining membership of the Mid-Florida QMRA, which formed in 1958.

Mid-Florida’s home track was located near Orlando for many years but was relocated in 2004 to Sharpes, Florida in northern Brevard County. In June of 2007, the track was reconfigured and enlarged, therefore no longer suitable for quarter midget racing. A new board of directors attempted to move the club to city property in Leesburg, but it never came to fruition.

In January of 2015, SCQMRA signed a lease agreement with Brevard County on a portion of an abandoned runway at the Valkaria Airport in the southern part of the county. The age of the runway meant large cracks and holes had to be patched on a regular basis. Cars tested and practiced on the racing surface, but regular races were not scheduled.

2018 brought great changes to the club. Planning began in the spring for building a new racing surface. By late summer, grinding and repaving resulted in a new 300 ft x 180 ft asphalt pad to house the track, spectator area, hot chute, and staging. Once striping was completed and club members started building the soft walls, the new track really started to take shape. By late fall the track was ready for cars. Although originally affiliated with QMA, the board chose to align with the other tracks in the southeastern states by joining USAC as our sanctioning body in December.

For the first time since SCQMRA was founded, the club was ready to run a points series. In order to build membership and increase local interest, SCQMRA decided to run a limited summer series for the 2019 season consisting of six points races. With great success, the series wrapped on August 25th and SCQMRA recognized its first champions.

Interest in the club continues to grow and we have now run full season schedules since 2020. In 2022, USAC .25 Racing rebranded with a new partnership and became the NASCAR Youth Series to begin a new chapter of quarter midget racing. We look forward to many more years of racing on the Space Coast and hope you will come out and join us on this journey. 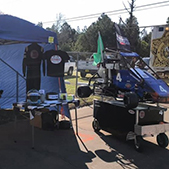 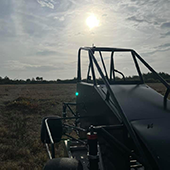 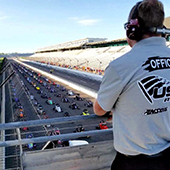 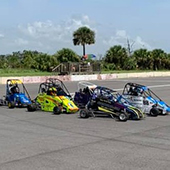 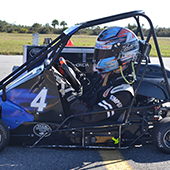